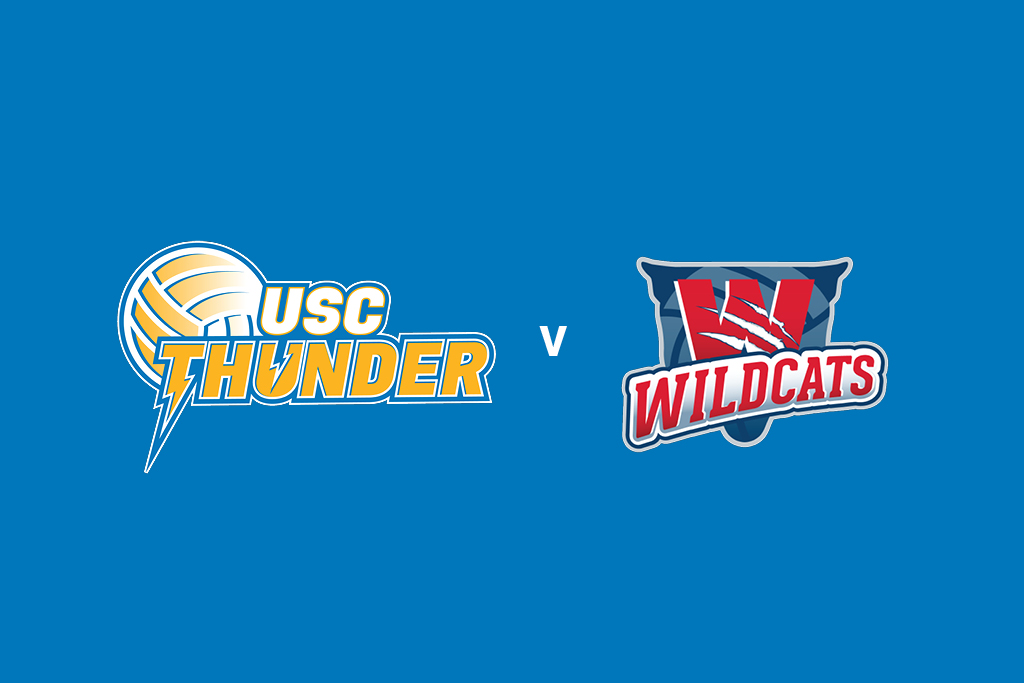 The USC Thunder have fought back after last rounds close loss, smashing the Wildcats in a convincing win of 67-48 in their round 3 clash.

In the first quarter, Lee-Jones was ready to strike, getting the first four goals of the game, one after the other.

This was followed up by one goal from Lawrie, then another two from Lee-Jones, before Wildcats called for a timeout five minutes in.

The timeout seemed to help get the Wildcats back on track, scoring three consecutive goals.

The remainder of the quarter was back and forth with goals being scored, however in amongst it all, Lee-Jones scored a double and a triple towards the end of the first quarter.

In the second quarter, Wildcats had a similar start Thunder had in the first, scoring three consecutive goals, then a double after one goal from Lee-Jones, prompting a timeout for Thunder.

After a little bit more struggle, Thunder started to find their feet, with Lee-Jones getting a triple.

The rest of the quarter was a great contest and very close with goals, and although Thunder was still in the lead, the Wildcats had secured the win for the quarter.

After the first half break, Thunder came out determined for the third quarter, with Lee-Jones scoring eight goals in a row, prompting a Wildcats timeout after the first six consecutive goals.

Following the timeout, Lawrie and Lee-Jones were on fire, scoring seven consecutive goals between the two of them, making their lead soar.

The final goals were quite even between the two sides, but was clear Thunder were dominant over the Wildcats to start the second half off.

In the final quarter of this exciting match, it was again even between the two teams, until Lawrie and Lee-Jones scored five consecutive goals.

Wildcats started to fight back, getting a triple right afterwards, and ended the quarter with five goals in a row.

However, it wasn’t enough to secure the win, and Thunder were victorious in an impressive effort against the Wildcats.

The USC Thunder’s next game will be against the Tigers on the 14th of May at 5:00pm at the Nissan Arena.