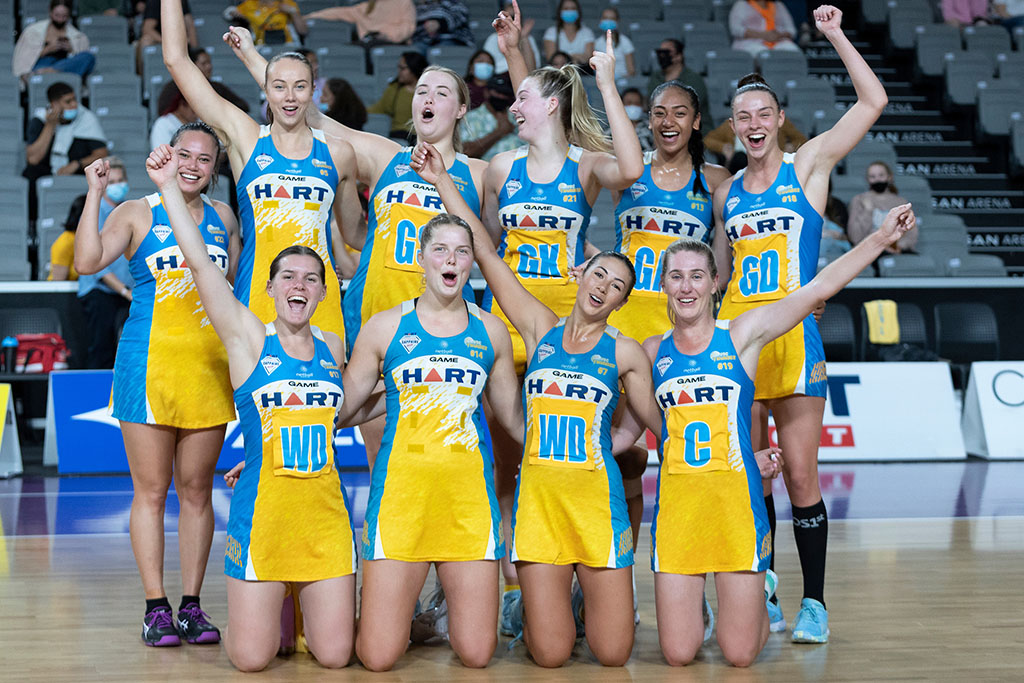 The game started off slow when it came to Thunder’s attack, however after only being behind for the first two minutes of the game, they led for the remainder of the game.

Binnian Hunt got the first goal for Thunder, with Annie Lawrie following suit by scoring a triple, and then one each between Hunt and Lawrie without interruptions.

Jets started to get on a roll in the middle of the first quarter, however Lawrie shut it down by scoring five consecutive goals.

Lawrie and Hunt had impeccable communication in the first quarter, however it didn’t translate as well into the following quarter.

Unfortunately, Jets had a hot streak for a while, which seemed to influence Thunder to swap Lawrie out for Chloe Bingham.

Once Bingham was put on the court the momentum was getting harder to hold for both sides, and Bingham eventually scored a double towards the end of the first half.

The energy stepped up a level for the game into the second half, being arguably the more exciting half of this game between the Jets and Thunder.

Hunt started with a double, followed by nine goals throughout the third quarter scored by Bingham.

However, the rest of Thunder were exhilarating to watch as well, with intercepts and turn overs left right and centre.

Hunt and French were particularly defensively outstanding during the third quarter.

If you didn’t think the game could get more exciting, the final quarter was the grittiest and intense quarter of the game, down to the dying seconds.

Bingham started well with a triple, however after some visible exhaustion and several misses, Lawrie was put back on during the last quarter.

There was then push back by the Jets, making it seem like they may just take the game from Thunder.

This was until Hunt and Ashlee Barnett but their bodies on the line and kept giving Thunder the opportunity to secure the game with the final few goals.

Lawrie and Hunt successfully scored four goals between the two of them, wrapping up the semi final sudden death, with Thunder being victorious.

Although this game was a lower scoring game than usual for both USQ Jets and USC Thunder, it was an exhilarating netball match, and a fight to the end.

USC Thunder will now face off against QUT Netball in the pre-lim final this Thursday at Nissan Arena.

Good luck to USC Thunder in the pre-lim finals game!