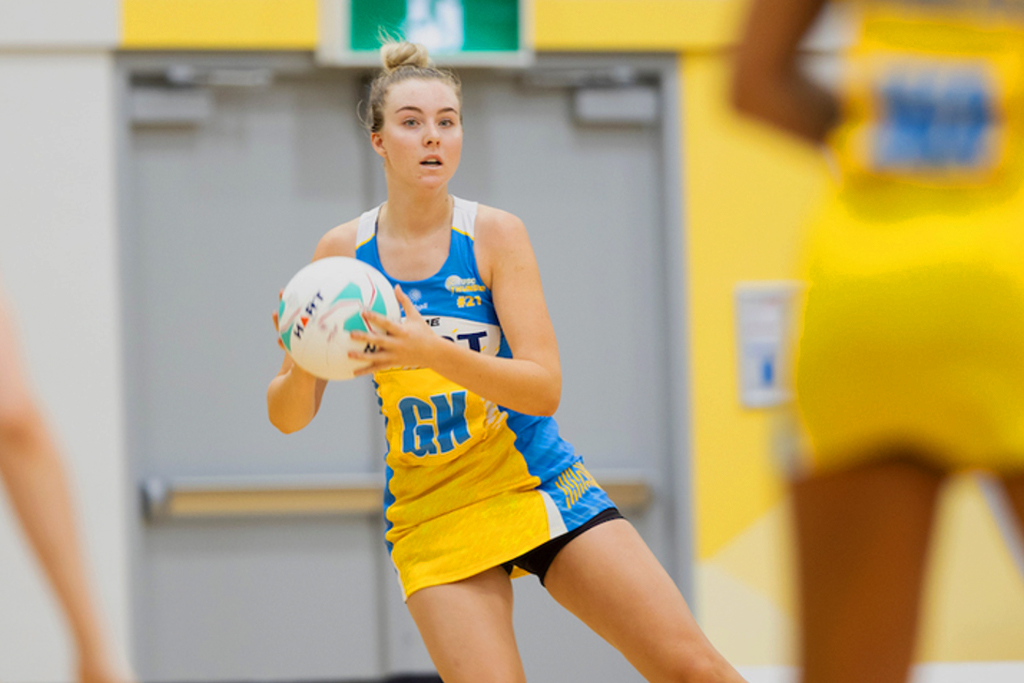 USC Thunder miss out on the win against USQ Jets, losing by 18 points in the Sapphire series match at Nissan Arena last Saturday.

Annie Lawrie scored the first point of the game, followed by a USQ goal and promptly a goal from Chloe Bingham.

Although Thunder started off strong, unfortunately the Jets had many consecutive goals for most of the first quarter, keeping Thunder at a low scoring rate.

Luckily, they fought back, allowing Annie to score some points and Chloe to get a hattrick along with some extra goals, bringing the margin to five behind Jets to end the first quarter.

Thunder had an inspiring comeback in the second quarter, with Chloe dominating in attack for the team, getting 12 of her 14 goal attempts.

With a few minutes left to go, Thunder led by two points with four minutes to go, and won the quarter, however trailed by one on the score board to close half time.

The third quarter slowed down dramatically for Thunder, only scoring 6 points, with constant interchanges between Annie and Georgia Hernan, who has been unable to play due to injury for the past few weeks.

In the final quarter there was increased momentum for the Thunder team, scoring a few more goals than the last quarter, but sadly fell short, unable to secure the win.

It was a gutsy game although the final score may suggest otherwise.

Thunder put in an admirable effort refusing to quit even in the dying seconds, battling against the Jets’ tough defence throughout the whole game.

Thunder is now in fifth place on the Sapphire series ladder, and are set to play the seventh placed Wildcats, this Sunday at 2pm at Nissan Arena.