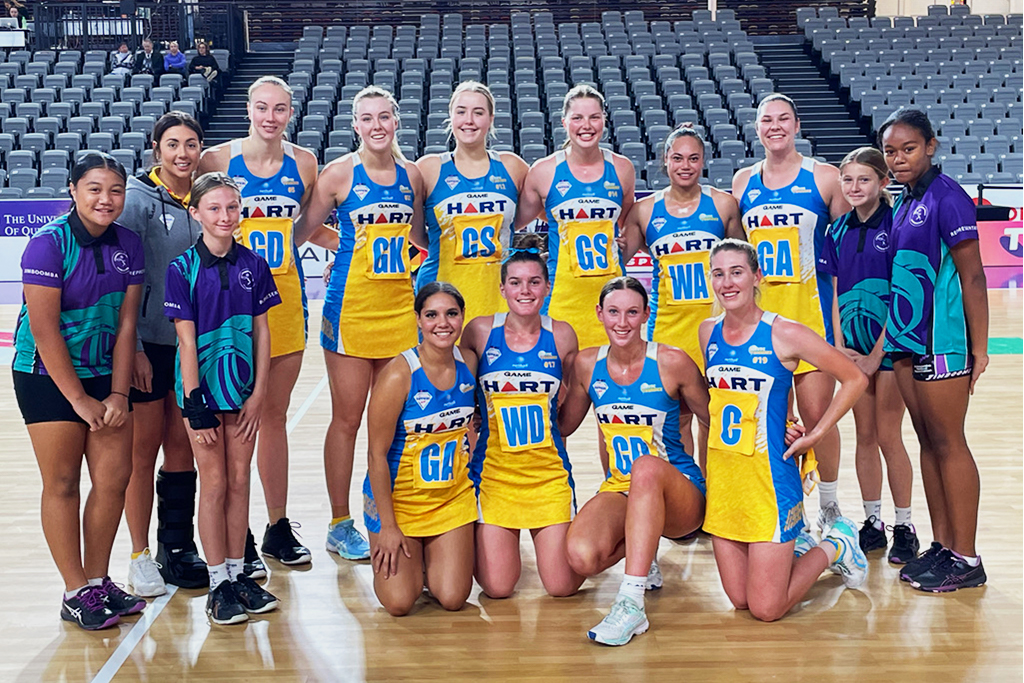 USC Thunder dominated a gruelling defensive encounter with the Northern Mendi Rays, winning 61-56 in the Sapphire Series match at Nissan Arena on Sunday.

The second quarter was won by Mendi Rays by three but they still trailed [at half-time] by three thanks to eight goals by Chloe and five by GA Annie Lawrie.

Jacqueline Dupuy subbed in for GD Ashlee Barnett after two falls in the first and second quarter, giving her a short rest.

USC Thunder made some position changes at half time, moving Sienna Allen from GK to GD, Annie from GA to GS, and Jacqueline into GA, allowing Chloe to rest for the remainder of the game.

The second half was lower scoring for both sides, with USC Thunder winning both the third and fourth quarter by one point.

Annie was a stand out in the third and fourth quarters, scoring 13 out of 17 of the goals scored and 10 out of 13 respectively.

Mendi Rays did not make it easy for Thunder, creating a great contest and forcing Thunder to fight for the win.

This win in the Indigenous round keeps Thunder in fourth place on the Sapphire series ladder, with four wins and three losses at the halfway point of the season.

Next week they will be head-to-head with QUT Netball for the second time this season.

The match against third-placed QUT will take place at Nissan Arena at 3:00pm this Saturday.