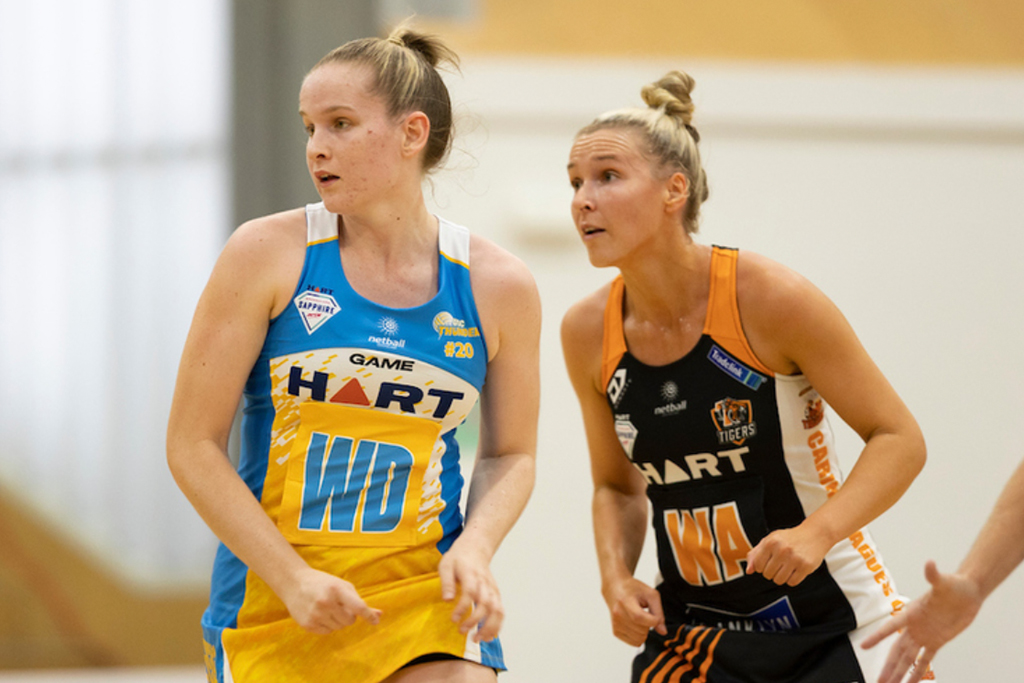 USC Thunder narrowly lose 59-55 against the Tigers in a back-and-forth fight to victory, in the Sapphire Series at USC Stadium on Saturday.

In the first quarter USC Thunder started on the back foot, with the Tigers getting a few triple goals.

Although Thunder did lose the first quarter 16-11, in amongst the big points Tigers put on, Thunder was consistent in scoring after every goal or every few goals Tigers scored.

The second quarter looked a lot more hopeful for Thunder, with Chloe Bingham scoring a double for Thunder as her first goals for the quarter.

Thunder then shifted the momentum into their favour scoring five goals in a row, Bingham scoring two doubles and Annie Lawrie, scoring one.

Tigers responded with scoring a bulk of points of their own, however, the end of the quarter ended well for Thunder, scoring a triple between Lawrie and Bingham.

This resulted in Thunder drawing against Tigers for the second quarter points.

The third quarter was very close between the two sides, with both teams getting ahead at certain points of the quarter.

Lawrie scored the first goal for the quarter, and Bingham followed up with an easy triple not long after another goal from Lawrie.

The rest of the quarter was very back and forth, but with a last-minute goal from Bingham and then Lawrie to conclude the quarter, Thunder managed to win the third quarter points by one goal.

It was now crunch time in the final quarter for Thunder, while it still was anyone’s game with such a slim margin and both teams playing excellently.

Bingham scored the first goal and then got a triple after one Tigers goal.

Tigers then started to get ahead before Bingham answered with another triple.

Unfortunately, Thunder just fell short of finding those few extra goals to get ahead of the Tigers and to win the game.

Nonetheless, the girls from USC Thunder put in a massive effort but unfortunately fall back to fourth place on the Sapphire Series ladder.

USC Thunder are set to play eighth placed Mendi Rays at 10am at Townsville Basketball this Sunday.