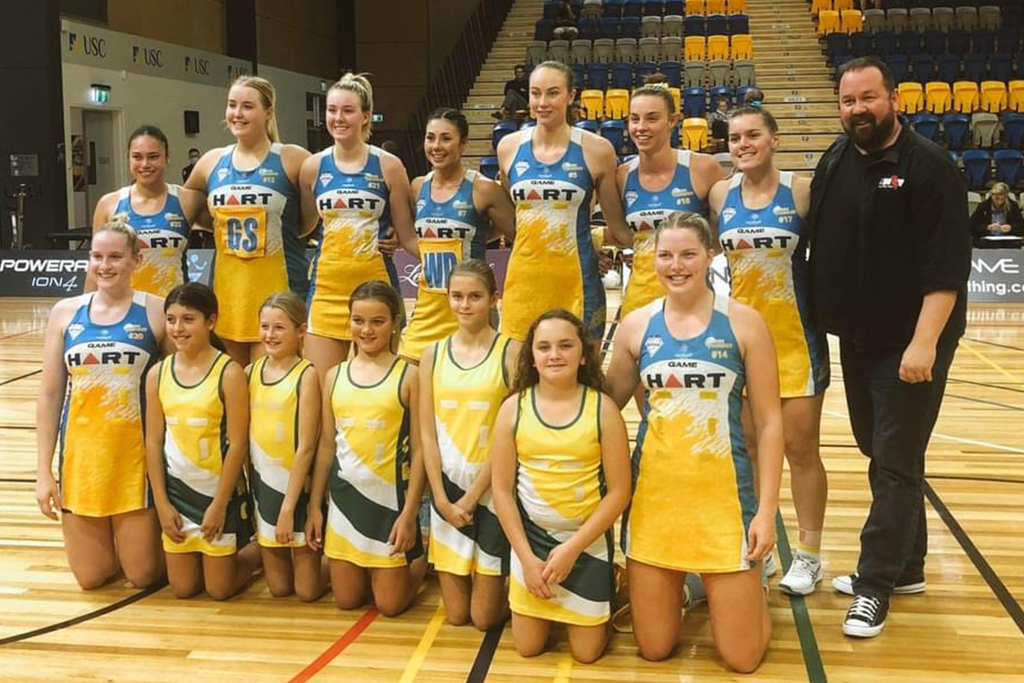 USC Thunder secure a convincing 56-42 win over the Bond Bull Sharks in a pre-final battle last Sunday at Nissan Arena.

The first quarter started slow for Thunder, with the Bull Sharks dominating in the first few minutes.

However, the speed picked up after a double from Annie Lawrie and a triple from Chloe Bingham a few goals later, towards the middle to end of the quarter.

After much back and forth, and another double from Bingham, Thunder and the Bull Sharks ended up tying in the first 15 minutes, the score being 11 all.

The second quarter was also very back and forth between the two competitive sides.

Bingham scored a triple and a double in the second half of the quarter, and most Thunder’s points in the quarter as well, whereas Lawrie’s shooting precision was slightly off in the first half of the game.

This saw a position change in the shooting roles in the second half, with Jacqueline Dupuy taking over for Lawrie in the first few minutes, scoring Thunder’s first two goals of the half.

After a few more goals for both sides Bingham went off to rest, with Lawrie coming on in GS and Dupuy staying in GA.

Lawrie’s accuracy noticeably improved when she came back onto the court, shooting quadruple goals consecutively for the team.

Bingham came back on to play GS following a quick break and scored the last two points for Thunder.

The final quarter of the game really saw Thunder shoot forward in terms of dominating on overall points against the Bull Sharks, with a 17-8 lead.

This win has moved USC Thunder back up to third place and will be playing sixth played Tigers this Saturday at USC Stadium.