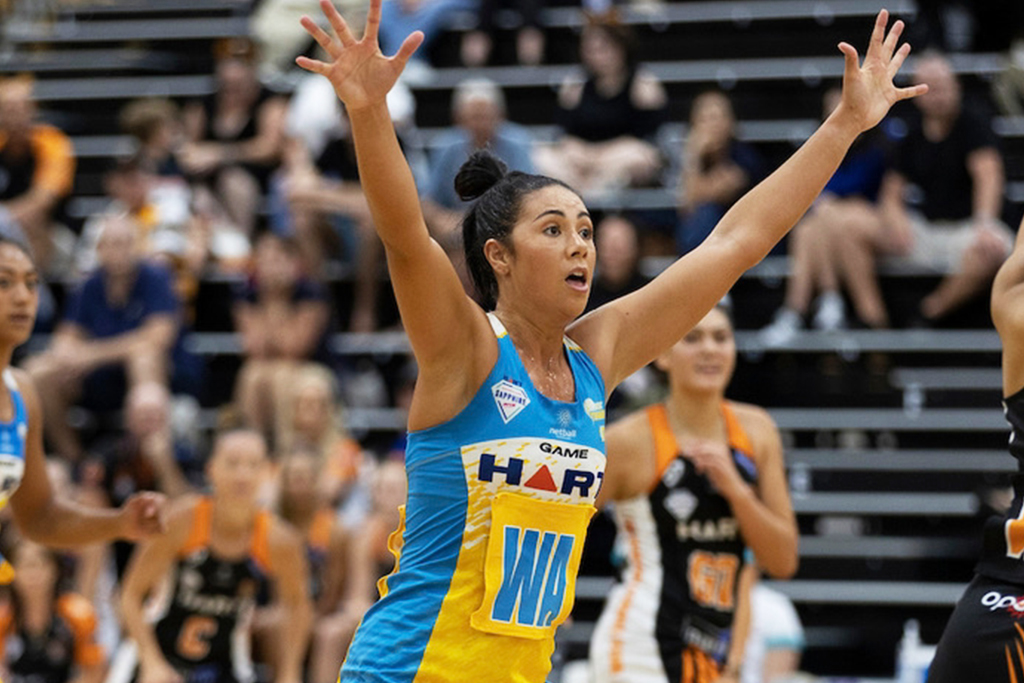 USC Thunder fall short in a 59-45 challenging contest against the ladder leaders, the Cougars, in the Sapphire series match at Nissan Arena last Saturday.

The first quarter of the game started slow for Thunder, only scoring two points compared to Cougars’ seven goals in the initial few minutes.

Although Chloe Bingham suddenly turned it around and scored a consecutive four goals and ended up getting 7 of her 8 goal attempts, Cougars were victorious, scoring 18 points to Thunder’s 9 points.

In the second quarter Thunder ended up scoring a few more and Cougars scored a few less compared to their first quarter scores.

Annie Lawrie scored a double and Georgia Hernan and Bingham both scored some triples, with Hernan particularly having an impressive shooting rate, getting four out of five attempts during the quarter.

However, Cougars still won the second quarter, and led by a ten-point margin.

Bingham scored five of those ten goals scored in the third quarter, with Hernan and Lawrie assisting with the remaining goals scored.

The fourth quarter saw USC Thunder fight to win the final quarter if an overall game win was out of reach, to secure some competition points.

To start the quarter, goals were back and forth between the Cougars, and Hernan and Bingham, with Bingham getting a helpful double pointer to rise the quarters score for Thunder.

Ashlee Barnett made two exhilarating intercepts in the first five minutes to assist the shooters in scoring additional goals to gain a lead.

Cougars got two triples in a matter of minutes to try and catch up, however Thunder were too resilient for them, with Bingham getting another double and Hernan getting a few goals as well.

In the dying minutes, it seemed the Cougars were going to secure a win in the last quarter, however Thunder turned it over, allowing Bingham to stop their hopes in their tracks.

Thunder won the last quarter by just one point, but sadly lost the game by 14 points.

After a tough loss, USC Thunder remain level at fourth place on the ladder and are set to play the fifth placed Bond Bull Sharks this Sunday at Nissan Arena.