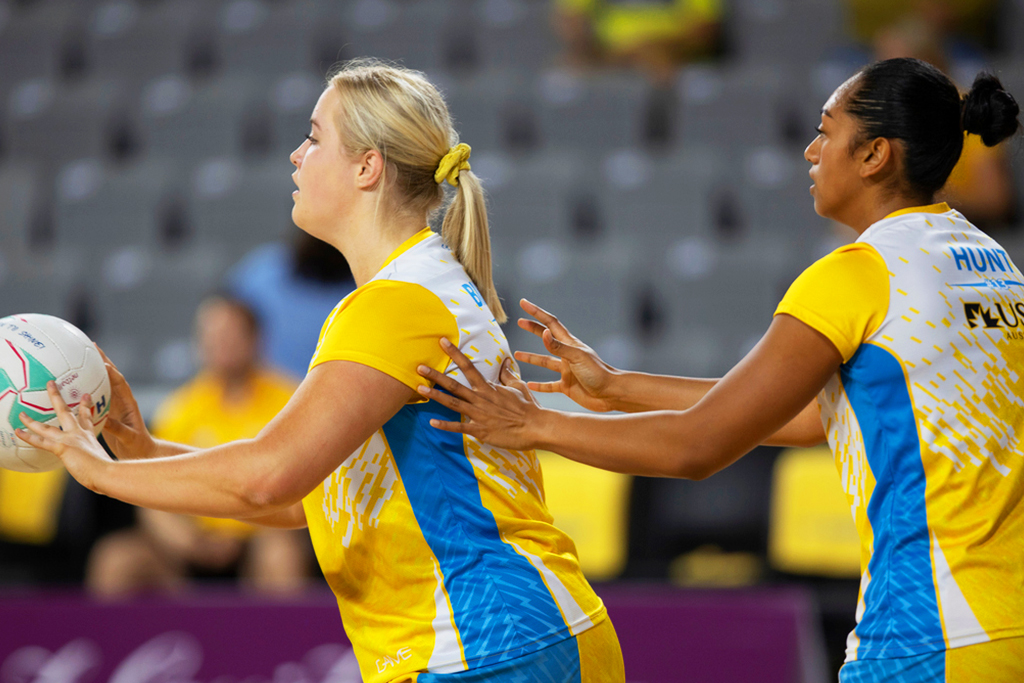 USC Thunder had an electrifying win against Wildcats, smashing them 63-48 and winning three quarters in the Sapphire series match at Nissan Arena last Sunday.

Thunder started off the majority of the first quarter strong both defensively and through attack.

Chloe Bingham scored a double to start off the game, followed by a triple and then a few goals later and quadruple goal streak.

Binnian Hunt scored some goals of her own as well, and if it weren’t for Chloe Litherland’s many intercepts and defensive efforts, the shooting duo wouldn’t have scored as frequently as they did.

Bingham scored the first five goals for Thunder in the second quarter, followed by Hunt scoring the next three points.

There was some back and forth between the Wildcats scoring and Bingham scoring, applying pressure to Thunder, however they closed the second quarter leading 32-22, winning the quarter by only one point.

After Bingham scored 8 goals for Thunder in the third quarter, they gained a ten-point lead which was the largest margin of the game thus far.

Hunt and Bingham then went back-to-back scoring five goals between the two of them, then Bingham scoring the rest for the quarter, putting them in a 50-35 lead.

The last quarter of the game was a gritty one, with both teams scoring one or two at a time for most of the remainder of the game.

Bingham had an impressive shooting match, officially scoring fifty of the sixty-two points of the game for Thunder, which is not an easy achievement in the Sapphire Series to score a half century.

It also happened to be her last goal of the game, securing a well-deserved win for the talented USC Thunder side.

From this win, they have also risen themselves back to fourth place on the ladder, and with the finals four rounds away, it’s a great spot to be siting in the competition.

USC Thunder are set to play the first placed Cougars this Saturday at Nissan Arena.