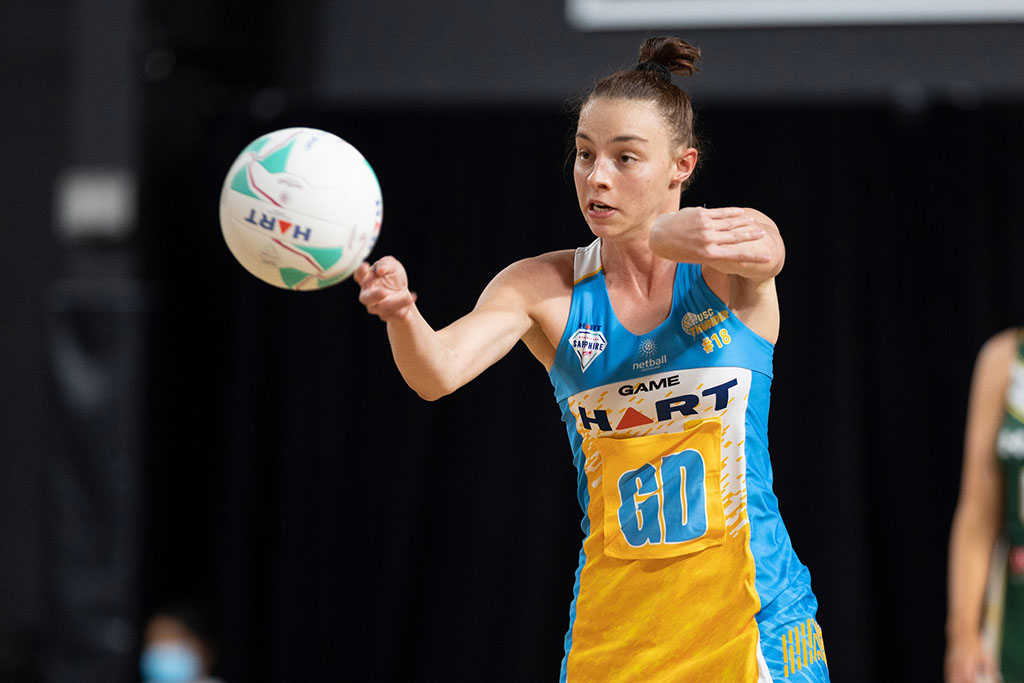 USC Thunder’s sapphire series season has come to an end after losing the pre-lim final against QUT netball 59-48 last Wednesday at Nissan Arena.

The first quarter started strong for Thunder, with Annie Lawrie scoring the first goal of the game.

Unfortunately, a few minutes into the quarter, Chanel Dyer sustained an ankle injury which kept her off the court for the remainder of the game.

This loss shuffled the Thunder’s seven on the court also, moving Binnian Hunt to replace Dyer in WA, and bringing Chloe Bingham off the bench to play GS, moving Lawrie to GA.

The goals scored between both teams and its shooters were quite even, with the first quarter’s score being 14 all.

The second quarter was quite rough for Thunder, with the difference in Thunder’s goals versus QUT’s goals.

By around the mid to end of the first half, Bingham managed to get a triple, and Thunder levelled the playing field in terms of possession by the end of the half.

Thunder was still in a slight slump once the third quarter started, however after a few minutes the goals were being scored back and forth between the two teams.

Lawrie scored a double and then another double not long after.

The end of the quarter saw Lawrie score her third double for the game, wrapping up the quarter nicely.

The final quarter was a slower quarter for both teams, however seemed to be Thunder’s best, proving they fight to the very end.

Bingham went hard in the dying minutes, as well as the countless turnovers from the likes of Ashlee Barnett and Lia Woolnough, which allowed Bingham to score an impressive five goals in a row.

In the end though it wasn’t quite enough to earn a place in the sapphire series grand final.

Nonetheless, Thunder played an outstanding season, despite injuries throughout the season and the adversities covid brought to the local sports competition.

They should be extremely proud of themselves for how far they came… now onto the preparation for the 2022 season.