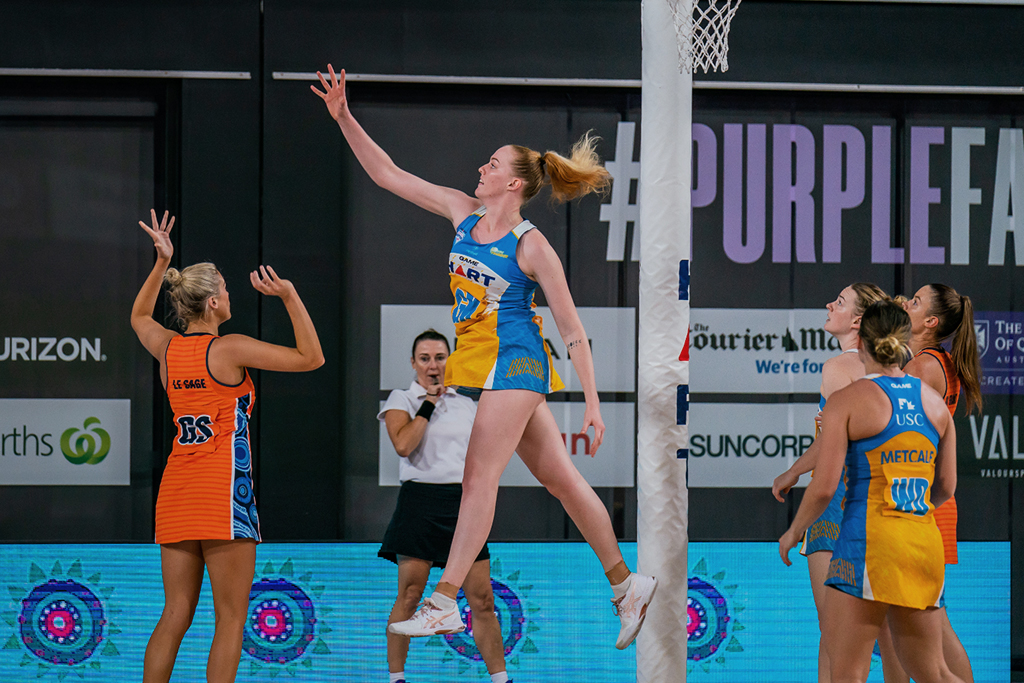 USC Thunder have been victorious in their first game back of the 2022 season, beating QUT also for the first time ever 45-41.

The first quarter started slow for the Thunder, having seven goals scored against them to three of Thunder’s own goals in the first part of the quarter, as well as many dominating intercepts by QUT.

However, they finally started to build up some momentum, with new GS Annika Lee-Jones and returning GA Annie Lawrie, scoring four goals in a row between the two of them.

After some back in forth with goals between the two teams, Lee-Jones and Lawrie scored another four goals in a row, securing the first quarter win for the Thunder.

GK Birdey Condren was making it hard for QUT to score goals at the start of the second quarter, making several intercepts to slow down the play.

But alas, QUT dominated most of the quarter, getting several goals in a row a few times.

Towards the end of the quarter, to take the overall lead Lawrie got one goal, followed by Lee-jones shooting four goals in a row.

The first few minutes of the third quarter there were no goals scored by either team, due to the strong defence of both sides and dominating intercepts.

After a while, Lee-Jones secured the first two goals of the quarter.

It was a low scoring quarter due to the great defence from both sides and healthy competition, and ended with Lee-Jones scoring another two goals in a row, allowing Thunder to stay in the lead.

The final quarter was starting to look like QUT may beat Thunder yet another time, with many triple goals in a row from QUT.

Just as it was looking like they lost it, Thunder fought back and got four goals in a row in the dying seconds, ensuring they win 45-41.

To watch back the Sapphire Series games, you can view them on Kayo Freebies.