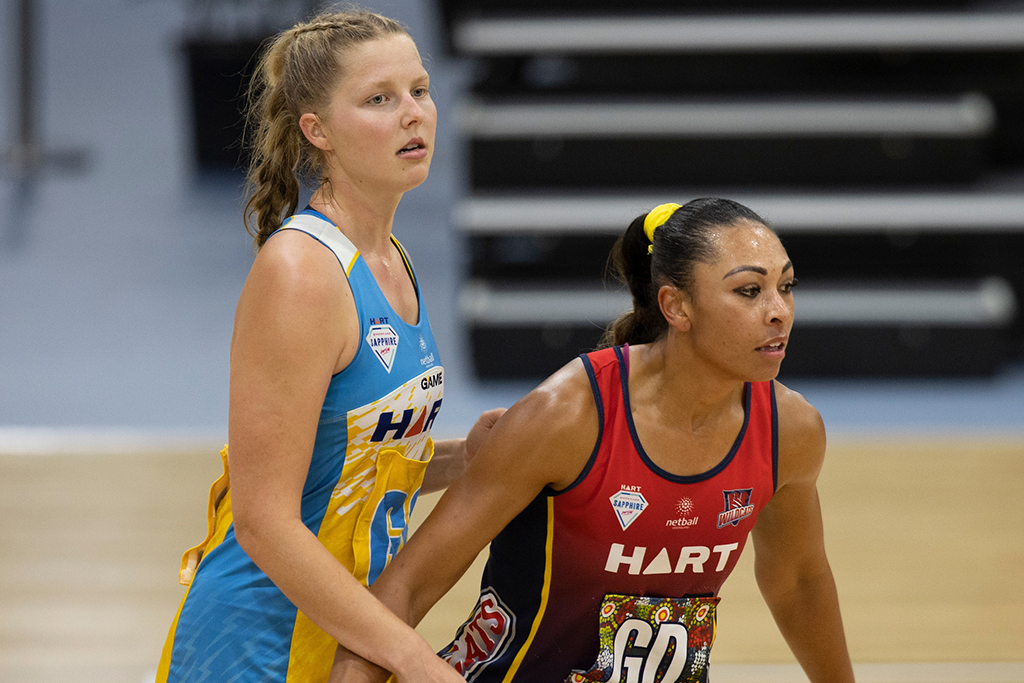 This past Saturday saw the USC Thunder face the QUT Wildcats in a Knockout Semi-Final match. The Wildcats are the defending champions; however, Thunder are in a rich vein of form and have defeated the South Brisbane side once already this season. Annie Lawrie started the game at GS, Binnian Hunt in GA, Ali Wilshier in WA, Chloe Litherland in C, Ash Unie in WD, Lily-May Catling in GD and Sarahpheinna Woulf at GK.

Thunder had the opening centre pass and scored the first two goals of the game through Lawrie. After only 7 minutes, Thunder had already stretched out to an impressive five goal lead and looked ready to run away with the game. Wildcats responded and closed to within two goals before Thunder entered the first break with a 13-10 lead. Thunder scored first in the second quarter as well, however a strong run by the Wildcats saw them close the lead to only one goal. Thunder responded by calling a timeout with under seven minutes to go in the half. Thunder were strong after the timeout and quickly extended their margin back out to five before settling at three as the break arrived with Thunder leading 25-22.

Thunder had the opening centre pass of the third quarter and immediately stretched their lead out to six goals after Lawrie scored three in a row. Wildcats again close the gap down to three but were immediately stifled by another impressive Thunder run. Hunt converted an opportunity that saw Thunder lead by 7 goals before they entered the final break up by 4. Thunder scored two goals through Lawrie to open the final stanza. It was a messy start to the quarter, but Thunder took advantage and once again lead by 7. Wildcats called a timeout with 9 minutes to go before Thunder called one five minutes later, now leading by 10. Thunder withstood a Wildcats comeback to eventually claim a four-goal victory, taking them through to the next round of finals.

Thunder played an exceptionally controlled game that saw them claim a well deserved victory. Despite the Wildcats continuously chopping down the sizeable leads that Thunder regularly built, the girls kept their composure and lead from start to finish. Lily-May Catling was huge in defence, whilst Chloe Litherland was once again exceptional through the middle. Thunder will now take on the Ipswich Jets in the Preliminary Final for a place in the Grand Final. The game starts at 6pm on Saturday November 14th at Nissan Arena.