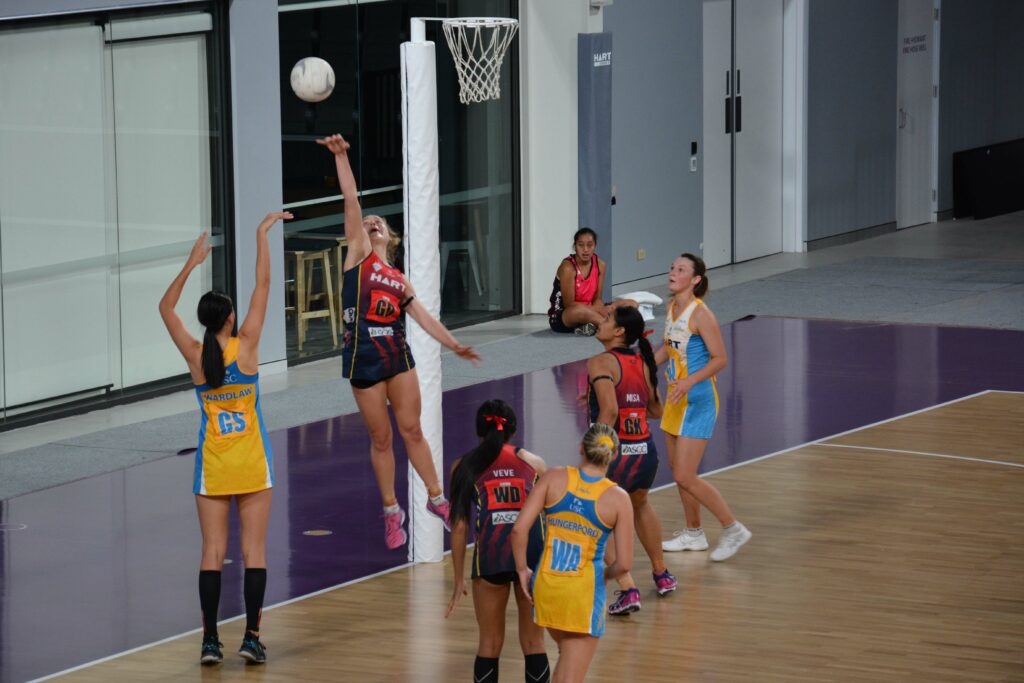 Round 12 of the HART Sapphire Series saw USC Thunder travel to QSNC for an allocated away game against QUT Wildcats. Thunder fielded an unchanged line-up for the first time this season and were hoping that the continuity would allow them to challenge their second placed opponents.

The first quarter started as a close affair after the scoring was opened by Thunder thanks to an early turnover. The two sides battled it out early before the Wildcats made the most of some Thunder errors to take a lead into the first break. The second quarter began with some fantastic defensive efforts from the Thunder, including a perfectly executed intercept from Ash Unie which put the team on the front foot. This allowed Thunder to go on a run of four consecutive goals and brought them back within reach of the lead. Thunder called a tactical timeout with seven minutes to go in the half, bringing Ruby Series player Abbie Mischke on for a stint at GA, and returning Sarahpheinna Woulf to GD after she had made way for Lily-May Catling earlier in the game. Wildcats were too strong after the timeout and stretched out the lead by the half time break. Thunder GS Jesse Wardlaw was having a great match so far, scoring all 14 of the team’s goals and was yet to miss a shot.

Thunder came out firing in the second half, scoring three consecutive goals and playing with improved cohesion. Josie Hungerford came off the court with a potential muscle injury which saw Chloe Litherland move to WA and Nicole Guenther enter the game at C. Thunder continued to look strong throughout the third quarter, and their chances were being converted by Jesse Wardlaw who had once again not missed a goal in this stanza of the game, scoring 10 goals from as many attempts. Thunder looked far better this quarter and challenged the much more fancied Wildcats, only falling one goal short of a bonus point. Thunder were energised after their strong performance in the third quarter and looked just as good in the fourth. Woulf, Litherland, Guenther and Unie’s involvement through the middle of the court were all impressive and they were only getting better. It was another close quarter which saw Thunder fall only three goals short; only losing the second half by four. Wardlaw was phenomenal all throughout the game, scoring 11 goals from 12 attempts in the final quarter and a total of 35 from 36 despite being heavily marked.

Thunder have a bye for round 13 before returning to QSNC for an allocated away game against the Ipswich Jets. This will be the final round of the regular season and Thunder’s last game this season.