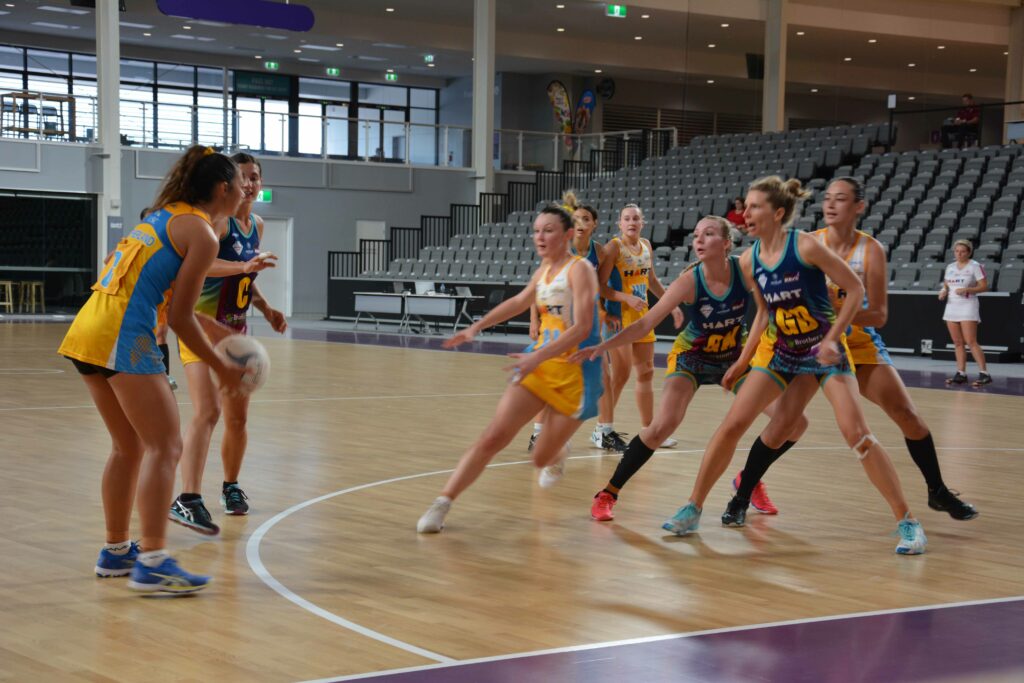 USC Thunder hosted the Northern Rays at QSNC in round 11 of the HART Sapphire Series over the weekend. Thunder defeated the Rays earlier in the season and were hoping to back it up with another win. Jesse Wardlaw at GS was a welcome return to the side after missing the previous round due to AFLW commitments and was joined in the goal circle by Courtney Murphy. Josephine Hungerford started at WA, Chloe Litherland returned at C after starting last week on the bench, whilst Ash Unie remained at WD after a strong run of form. Sarahpheinna Woulf swapped to GD this week and lined up alongside GK Sienna Allen.

Jesse Wardlaw opened the scoring for Thunder who took a small lead and held it for the majority of the first quarter. Rays took the advantage late and finished strong to claim the quarter by two and continued to score well as the second quarter started, stretching out to a five-goal lead. However, with nine minutes remaining Thunder called a tactical timeout and returned to the court substantially stronger, outscoring the Rays 10 goals to 4 to close out the half. Thunder claimed their first bonus points of the match, winning the quarter by three and taking a one goal lead.

Woulf and Allen were strong in defence in the first half and only improved throughout the second, forcing numerous turnovers and allowing quick movement through to the goal circle. Thunder found their rhythm and began scoring freely. Improved cohesion in the goal circle and plenty of opportunities from Litherland, Unie, and Hungerford in midcourt allowed Thunder to stretch out to a 12-goal lead at the final break. The fourth quarter started close, but Thunder soon extended their advantage further. Their fantastic work in defence continued to cause problems for the Rays who simply struggled to move the ball. Catling and Guenther seamlessly entered the game at GD and WD as Thunder comfortably closed out the quarter and the match. Wardlaw shot superbly at GS all game and was complimented by Murphy, who assisted in many of her goals and scored a few of her own.

The dominant result by Thunder saw them claim 16 of a possible 18 points, collecting 10 points for the win and two bonus points from three of the four quarters. Thunder should be happy with the win as it saw them return to the winner’s circle after a lean run. Round 12 sees Thunder go head to head with the QUT Wildcats and will enter the game with a renewed sense of belief after this impressive result.