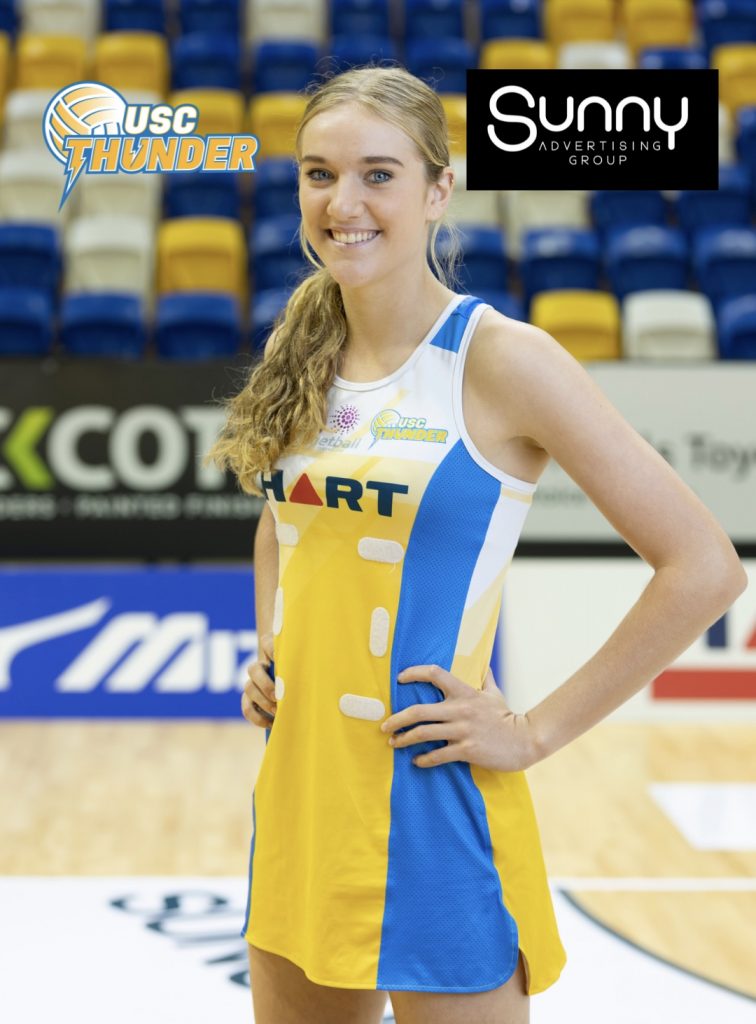 Jada didn’t start playing netball until she was nine after watching her older sister play and wanting to get in on the action. Instead of the traditional Saturday morning NetSetGO, found herself playing for Lollipops in a Thursday night team at Coolum. Having said that, Jada was always familiar with netball with mother, Jacqui Delaney, former Thunderbirds and Australian Diamonds, involved in coaching, though as Jada says “she [her mother] chooses not to coach me, because she wants me to get advice from other people as well”.

Jada’s netball inspiration is Shamera Sterling. “She jumps so high and has the same body figure as me, so, I know, I can be like her”.

Outside netball Jada is a bit of a ‘horsey girl’ spending time working at Kiah Park just outside Wolvi where she helps with Horse Riding camps, supervising a cabin of kids, doing trail rides and farm hand work where she “gets to cut cows testicles off, stuff like that” which is hard work but she loves it.

Highlight of Netball Career so far

Having previously represented the Sunshine Coast in under 14’s and 15’s, being selected for Queensland Under 17’s team in April 2022 and going to the National Netball Championship in Hobart. Jada describes the experience as a “massive eye opener”.

At the moment, Jada is just so excited to have made the USC Ruby Thunder team at her age, something she did not expect when she first trialled for the experience with the hope of maybe making training partner.

A digital advertising agency who focus on “depth, not breadth when it comes to digital marketing”.

“We’re experts at paid digital advertising and everything it entails. We’ve utilised Facebook & Instagram advertising, Google Search advertising and other ad channels in a variety of ways for clients to drive real, tangible ROI. We don’t really care about clicks, or views (unless that’s your goal – in which case we would question why!) – we only care about growing your business.”

To discover what Sunny Digital can do for your business, visit https://sunny.digital/ where you will find detailed information on expertise offered and request a proposal as to how Sunny Digital can help your company.

Jada is a twin. Her twin brother Cooper plays AFL & Basketball and is taller than Jada.